Kan Zen Ryu was developed by Soke to create a style with no limitations or weak points. The word KanZen is translated to mean 'perfect method'. Unlike other styles, Kan Zen Ryu Karate goes into great detail, encompassing all the hand and sweeping techniques of the Koreans and Okinawans. Whilst unique in its teaching method, Kan Zen Ryu follows the traditional and universally accepted principles and philosophies of true karate. Kan Zen Ryu's emphasis is on the practical aspects of karate, focusing on teaching a realistic approach to self-defence techniques.

Kan Zen Ryu Karate is practiced by over 2 million people worldwide and can boast many State, National and World Champions.

Kan Zen Ryu was first established in Wollongong in the early 1970’s by Shihan H. Alenaddaf, who trained directly under the head and founder, Soke Farhad Varasteh. 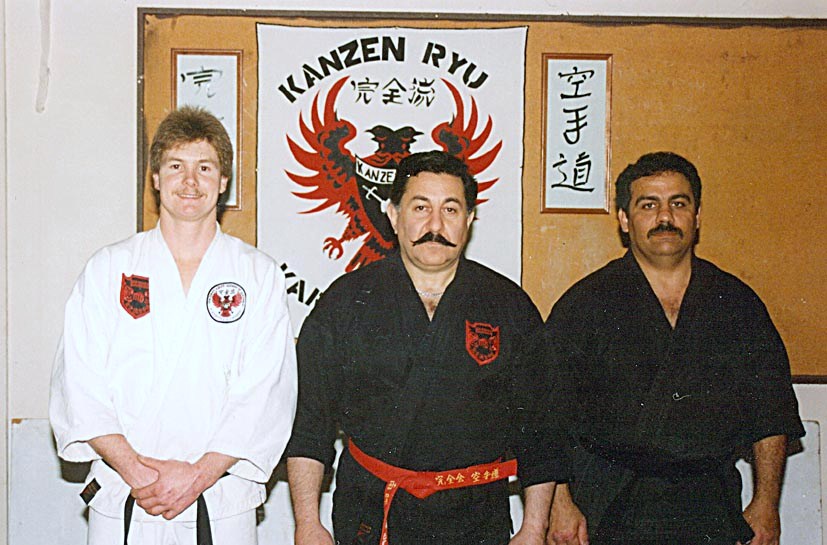 The head and founder of Kan Zen Ryu Karate-Do Dr. F. Varasteh is a 10th Dan with a Soke Title, (Head & Founder).   He has spent his lifetime studying the Martial Arts, in over 50 years of study he has trained with many of the World’s most famous Masters.  Drawing from his vast experience in many different fighting systems, Dr. Varasteh has developed one of the most comprehensive and practical Martial Arts systems in the World today.  Based on a scientific and logical breakdown of all aspects of Karate, students are encouraged to question, so as to gain a complete understanding of the techniques, principals and philosophies of Karate-Do.  In this way, Kan Zen Ryu is constantly evolving and is one of the most progressive and effective Martial Arts systems in the World.

Essentially Kan-Zen-Ryu is the evolution and synthesis of 4 famous styles of Okinawan Karate: 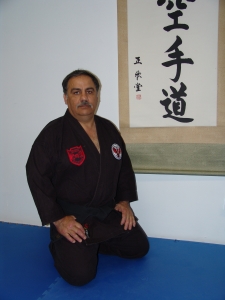 Homa, as he likes to be called, started Karate in 1964 at the age of 13 in Teran, Iran.  He was amongst the first students to receive a shodan (Black Belt) in Kan Zen Ryu, and trained directly under the head and founder, Soke Farhad Varasteh.  He was 3 times National and undefeated Karate Champion of Iran, up until the time he left to study medicine in India in 1970.  Shinan Alenaddaf was the first person to introduce Karate to India and instructed Kan Zen Ryu Karate classes up until 1972 when he started a new life in Australia.

Homa has taught Karate in Australia ever since, and is one of the highest-ranking Kan Zen Ryu Karate instructors in the World, holding a Shichi Dan 7th Deg Black Belt.

He is the head and founder of Kan Zen Ryu Karate Do Australia.  Like his Instructor, Shinan Alenaddaf has studied the techniques of many styles, searching for the truth by constantly questioning and analysing the mechanics and principals of each technique.  Through his studies, he has added to the evolution of Kan Zen Ryu, by introducing the principals and strategies of grappling and joint locks.  Shinan Alenaddaf is also responsible for introducing a system of shifting which is unique to Kan Zen Ryu.  Following the principals of body mechanics, balance and body weight transfer it is an extremely simple, dynamic, and effective form of movement.